The 33rd St Albans Congress took place at St Columba's College on 28th - 29th March 2015. The overall entry of 193 was approximately 30 more than last year. We might have seen even more entries had the unfortunate clash of dates with the 4NCL weekend not prevented a number of players attending, particularly in the Open. 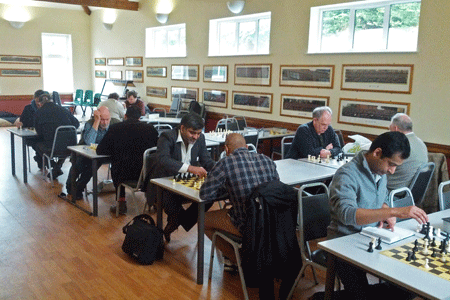 An interesting development to note, however, is the growth in the number of Junior players. There was a total of 39 Juniors (under 18 years) of whom eight came from a single club - Watford. Bury Knights and Barnet Knights were also well represented.

We received a number of comments from players immediately after the event which have been pleasingly complementary particularly regarding the overall organisation and smooth running of the event. We are always happy to accept further comments and suggestions for improvements based on your experience of the Congress.

Hope to see you all again next year!